Men love high-performance vehicles and that is a fact. We’d argue that guys have always been into testosterone-fueled sports and luxury cars — statistics even confirm that dudes love horsepower. According to Kelly Blue Book, the average horsepower men choose when they’re buying a new car is 360, whereas women average 170. Things haven’t changed much. Even in the early 1900s when cars were still a novelty, men tended to choose powerful gas-powered vehicles while women were driving smaller electric cars.

Guys are just more likely to invest in vehicles that are bigger, faster, and more powerful — even when they’re not all that affordable. Clearly, when men are shopping for cars, the price isn’t always the main factor driving their decisions.

The question, of course, isn’t whether men love cars but why. Eco-friendly electrics may be slowly taking over American roads, but a lot of guys are still buying those big, beefy vehicles. In this post, we will dive into what inspires guys to collect cars, tinker under hoods, and prioritize power over price.


A lot of guys not only like to admire cars; they also love to drive them. Look at couples out on the town and you’ll often see it’s a man behind the wheel. One University of Minnesota study found that driving is one of the ways guys assert their masculinity, for better or for worse. Taking the wheel also helps men feel more in control over their own destinies. And buying that first car is still seen as something of a manly milestone, even though nearly everyone in the United States relies on a car or a truck to get from place to place.

So, why do guys associate cars with growing up? Another study out of the UK found that only men get a measurable self-esteem boost from car ownership — and that the boost gets bigger as the value of the car in question goes up.

Theory 2: We fall in Love

A lot of men (and some women, too) baby their vehicles. They name them. They wash and wax them with all of the cars they’d use when bathing a newborn. Whether or not a guy is driving his dream car, it’s especially easy for them to develop an emotional attachment to their rides. And when a man can buy that car he’s been coveting since grade school? Watch out, because chances are that vehicle is going to hold a special place in his heart.

The mystery of why men tend to fall in love with their cars more often than women may be no mystery at all. Men develop personal relationships with their cars because they perceive their car as an extension of the self. They also see power and freedom and adventure in their vehicles, so in a way, every car or truck has the potential to be a life-changing part of a guy’s world. And finally, if a man puts a lot of hard work — and possibly also money — into a car or a truck, why wouldn’t he fall in love? 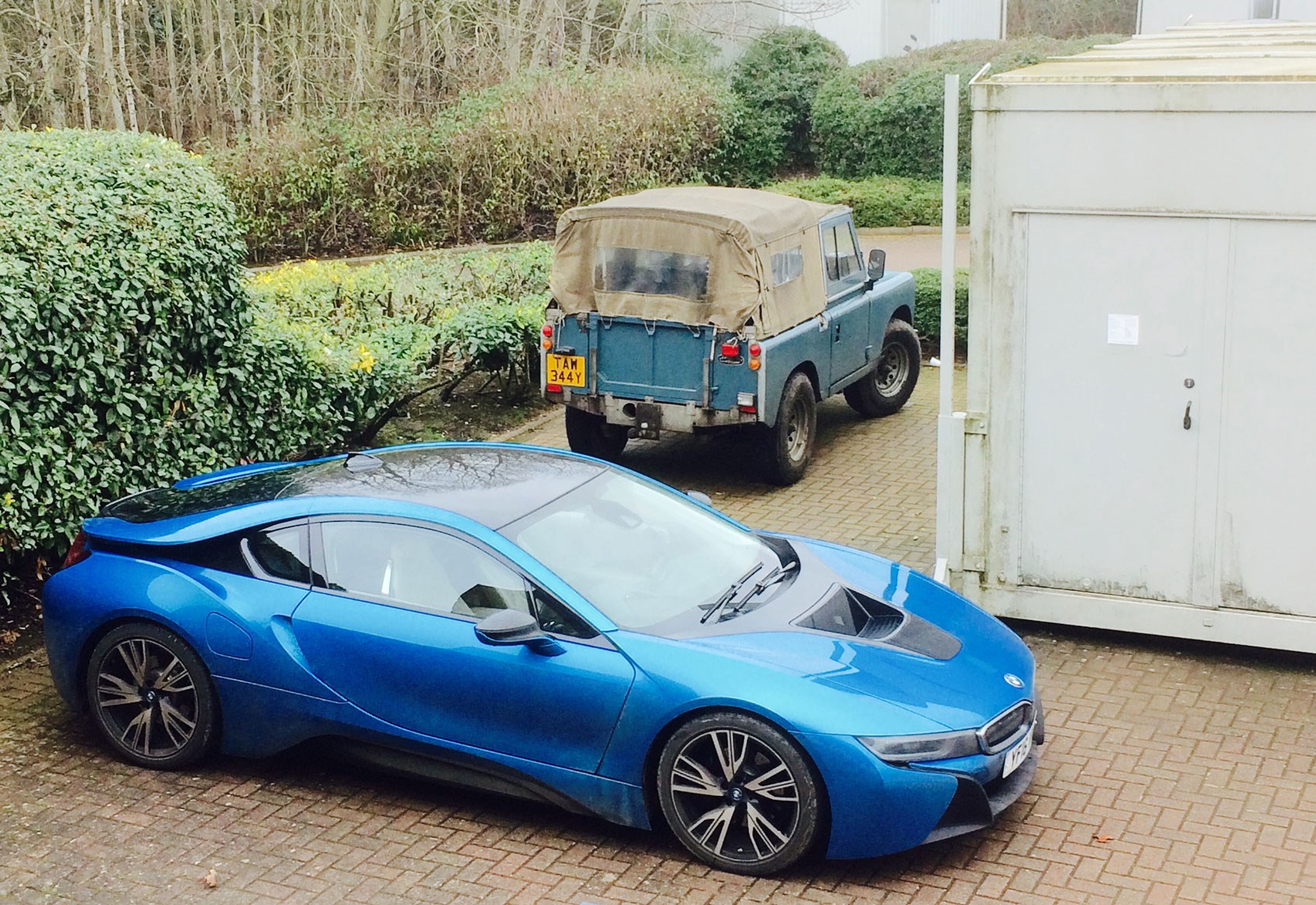 For many women, a car is a convenient, and they’re more focused on what the car can do for them. Many men, on the other hand, anthropomorphize their vehicles. They see their cars and trucks as sentient beings with unique personalities and quirks and needs. Does a car or a truck have a practical purpose? Absolutely. But when a car-loving guy looks at a special vehicle, he’ll often see the beauty and the power before he gives any thought to concerns like fuel-efficiency or the monetary value of it. That would certainly explain testimonials like this one:

“I like to listen to my car. You can hear when the turbo clicks in – that vacuum-cleaner effect. You can just feel the giddy up effect, and the sensation of power is brilliant – you can feel it through the steering wheel and the back of the seat.” 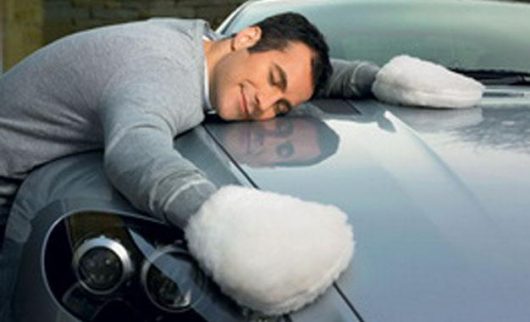 According to a BMW study, men feel like they have nothing to prove and completely relaxed while driving their car. Behind the wheel is one of the few places a guy can be in complete control — or at least feel like he’s in complete control. These days, electronic safety systems and GPS may take over for us when there’s a need, but we can still enjoy the unfettered pleasures of the open road. There’s no pressure, no criticism, no stress — just the miles stretching out ahead of you. Driving is actually one of the few activities a guy can do alone without people questioning why he wants to hang solo. Driving across the country alone is the closest some of us will ever get to achieving zen.

Theory 5: A car is a status symbol

There’s no denying that more women are feeling the pressure to succeed in the business world, but we’d argue that the majority of men feel constantly pressured to justify their existence both at home and at work. Buying a beautiful, fast car is a relatively easy way to prove to a judgmental world that you’re valuable and that you’re crushing it when it comes to life.

Theory 6: The car as territory 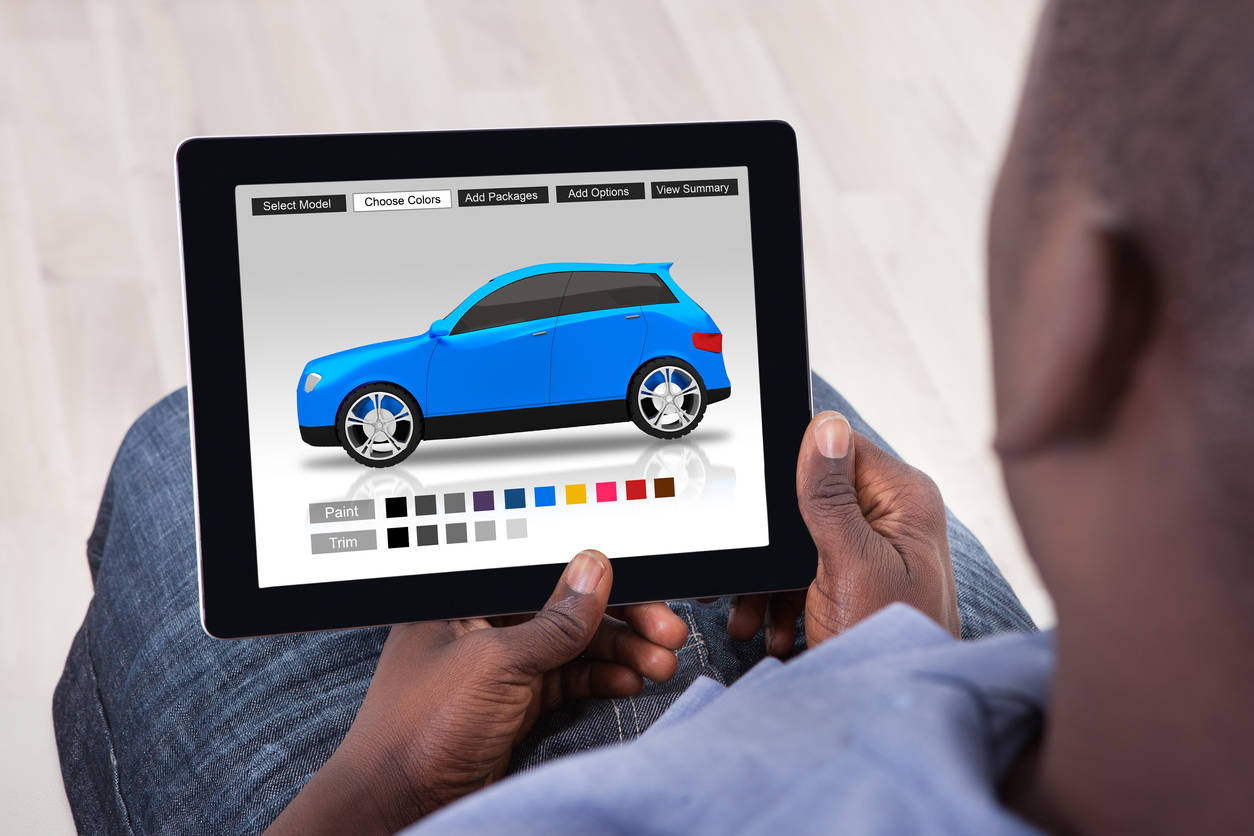 One only has to look at the proliferation of custom options that includes everything from high-end rim to specialty shifters to lift kits to see that our vehicles are own little territories. All of the aftermarket options confirm the fact that for some guys, the space occupied by his set of wheels is a kingdom where he is the king that reigns supreme. Kind of gives you a fresh perspective on the modding scene, right? How much of what men do is designed not only to impress but to impress women specifically? It’s interesting that as much as people like to say cars are a guy thing, so many men buy cars that they hope women will like. And their efforts? Might not be in vain. One fascinating study of both men and women found that women actually respond in a physical way to the sound of a high-performance sports car revving its engine. 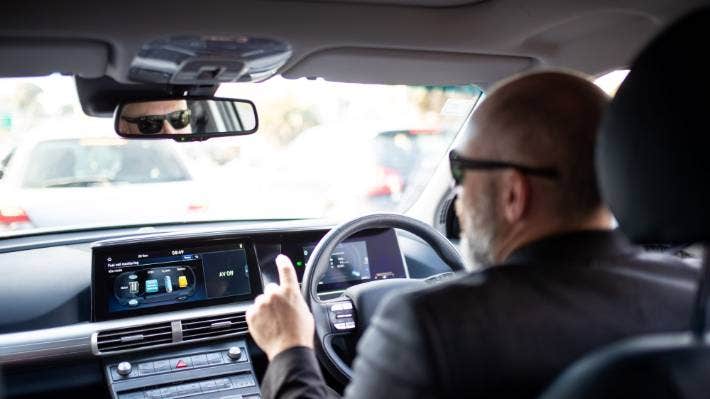 Who wouldn’t want control over 4,000-pounds of pure power? Given that cars are probably an extension of the self for a lot of dudes, it should come as no surprise that so many of them choose big, strong, fast ones over tiny commuter sedans. It’s not just about raw power, either. Being able to own an expensive or specialty vehicle is a sign that the owner has economic power.

The emotional roots of guys’ love for cars

Lest you think that car enthusiasts are driven solely by testosterone and a desire for status, consider this: an analysis of various studies compiled by the journal Psychology of Men & Masculinity found that many men had at least a little trouble identifying and then verbalizing their emotions. Channeling that emotional energy into cars — whether you simply admire them or you’re a pro at rebuilding them — is an easy, safe, and productive way to deal with tough feelings. Did you know that a lot of guys actually talk to their cars? Studies have found that talking to a car and talking about cars can help men be more expressive in other areas of their lives.

Cars are also fixable when a lot of things in a man’s life may not be. The problems we face at work may be never-ending, and as much as we love our spouses and our kids, life at home can be pretty messy, too. Our cars and trucks, on the other hand, are relatively simple — especially the older ones that aren’t full of computers. In his garage, a guy can impose order on one small part of his world. With the right tools and a little car wax, entropy can be reversed.

We should clarify that we’re not trying to imply that women don’t love cars, too. As the years pass, we’ve seen a growing number of women at car shows, car auctions, and in communities of car lovers. We think that is awesome, and welcome the diversity because it will only change the auto enthusiast scene for the better.

That said, there’s no denying that cars and trucks can hold a special place in a man’s heart — and those feelings dictate many car makers’ decisions regarding car design. BMW’s philosophy is “pure driving pleasure,” for example. This might actually explain why men are ten times more likely to ship a car when they move than women! To most men, a car is an extension of the self. Leaving it behind? Was never really an option.

Read what our customers say about their experience with Montway at Montway Auto Transport reviews.

More than one in three stroke survivors have uncontrolled hypertension